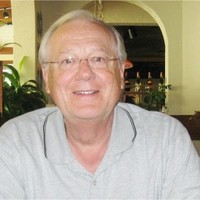 Don Pell was raised in a Christian home in Western Michigan. He does not recall a time when he did not know that he was a sinner needing a savior and that Christ came to save sinners. Along with many others who have been raised in similar circumstances, he often struggled to mark a date when he received Christ for salvation. He finally concluded that his salvation began when he first trusted and rests in the assurance that “…the solid foundation of God stands, having this seal: The Lord knows those who are His…” (II Timothy 2:19). The fact that he loves the Lord, loves God’s people, loves the scriptures, is able to study and teach from the scriptures, and considers himself a witness to the saving knowledge found in Christ have all been confirmations of his salvation and the indwelling Holy Spirit. During the early 1970’s Don moved to Orlando FL, and while working full-time as a health administrator became involved in an itinerant speaking ministry among the various assemblies in Central Florida. During his retirement years he has been able to continue with his ministry as he accepts invitations to speak in many of those same assemblies.

During the early 1970’s Don became involved in congregational song leading at the Hiawassa Bible Chapel in Orlando, FL and discovered that there were a number of very musically talented people in the fellowship. He along with a brother who was working for a local Christian radio station, came up with the idea of putting together a 12-15 minute radio program consisting of scriptures, comments, and corresponding songs and hymns centered around various themes. They were able to purchase time on one of Orlando’s large secular radio stations and began broadcasting their program under the tile, “Songs of Encouragment.” Several years ago he was able to transfer those reel-to- reel recordings into computer audio files where they can easily be heard. It is his desire that those programs which served as such a blessing for both his team and those who first heard them might continue to bless those who are still inclined to listen to them.